Howards End: novel and both adaptations

I am the youngest in my family, and from the time I was very young, was raised on a steady diet of British period drama: the 1975 Poldark, and the Jane Eyre featuring Timothy Dalton were among my early fare. Then I, along with my older sisters, was swept away by the Edwardian perfection which enchanted the world with Merchant Ivory’s adaptations of EM Forster’s novels. Our favourite was A Room with a View in 1985 (best filmed kiss in all cinema history!), but when Howards End came out in 1992, I was nine years old, perhaps ten, depending on when it came out, but I was enchanted. The scene of Samuel West wandering through the field of bluebells is forever imprinted in my brain. 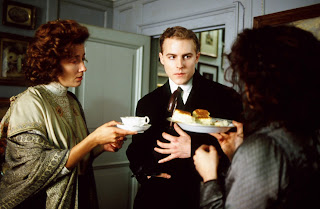 I couldn’t find a good photo of the bluebell scene, but here is the well-intentioned Schlegels attempting (unsuccessfully) to put the awkward Leonard Bast at his ease.

It had been years since I’d seen this adaptation when the new BBC miniseries came out. I started watching it with my sister and realised I was watching quite a different story. I ordered a copy of the book and started reading it right away. 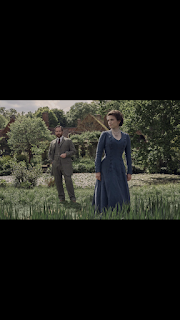 
I loved the book, and I loved the 2017 adaptation. In fact, when I finished the novel it had a powerful effect on me. The theme of ‘just connect’ is an acutely pertinent one for our world today, for though we are connected via the internet in ways people of even twenty years ago would find impossible, we’re not really actually physical or connecting to people anymore. The power of trying to help people (whether with good or ill effects) and being, at least to a certain degree, responsible for those around us is also something we should keep in mind.

So, I finally re-watched the Merchant Ivory film, as I hadn’t remembered it much. I was so surprised by how different the adaptations are from each other. The new series follows the book almost completely. The 1992 film, on the other hand, plays up and romanticises the relationship between Helen and Mr Bast, and sadly plays down Margaret’s character, thereby stripping her of her power, warmth and importance throughout the story. I was bitterly disappointed in the adaptation, despite its beauty. I loved how the new series was able to follow the wonderful story and all its characters.
Posted by Mairi dhubh at 5:41 PM 1 comment:

I have recently been thinking about the dissertation I wrote a little over four years ago. The subject and research was on holy wells in Scotland, particularly those in Argyll, the Isle of Bute and Fife. It’s funny, as I’d been in the thick of university life, and would have thought I was at the top of my game as far as research and writing are concerned. 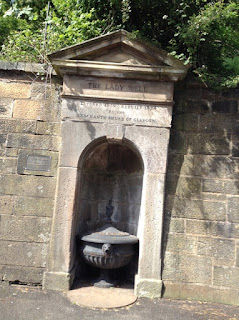 The Lady Well, Glasgow. It’s wonderful to be able to go over my own stomping-ground in my writing. These photos are from June 2014


Ive been reading up on the subject the past couple of weeks, and I’m already realising I could have done a lot better. Though it’s slow going, I’ve been working on a writing project with the wells, and I love reading and researching and writing again. I hope I’ll be able to go somewhere with this project! 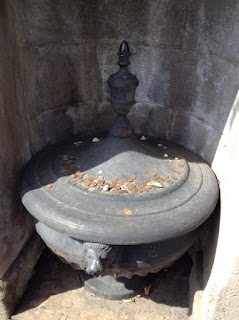 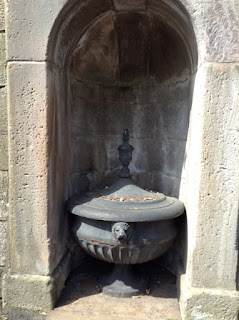