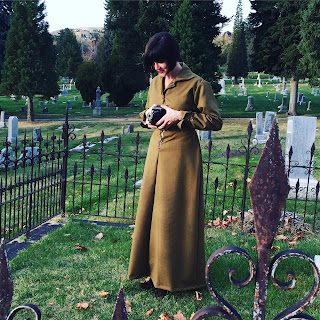 Trying out my Vest Pocket Kodak - in vain!


I'm not sure if I've said much about this on my blog, but I am a writer as well. I've written several novels, and several drafts of certain novels, and hope soon to get at least one of them published!

Whilst researching for one of them, I discovered the Vest Pocket Kodak, which was widely used by soldiers during the First World War. So, I found an affordable one online and, well, I bought it. I then asked my cousin (who is a photographer) if she knew where I could get obscure film, and she pointed me in the right direction. I also found an old manual PDF online, so that I could load the film properly. I carefully chose, over the course of a few months, the eight exposures I would take. In January I took the film in to be developed. Unfortunately, all the exposures turned out nearly black, and not even one could be developed. 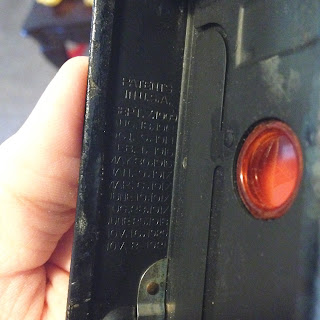 This shows the date. Mine is from the early 1920s. 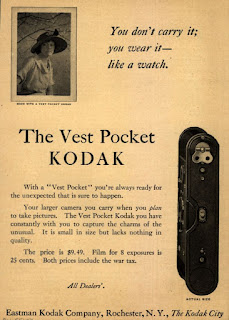 An old advert I found. 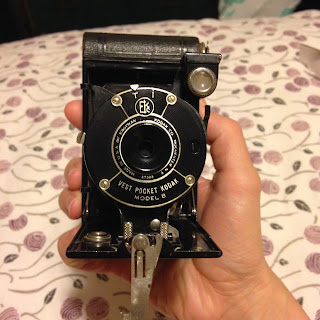 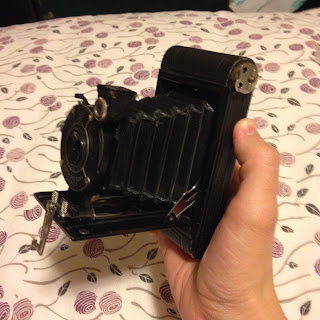 Isn't it a lovely thing? 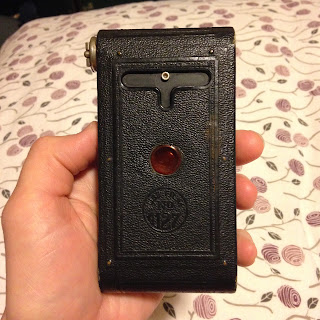 I was very disappointed, but at the same time, a little relieved, as processing and developing would have cost nearly $50. Some day I may try to figure out what went wrong, but for now my handsome, wee camera will be used as a prop for special occasions. 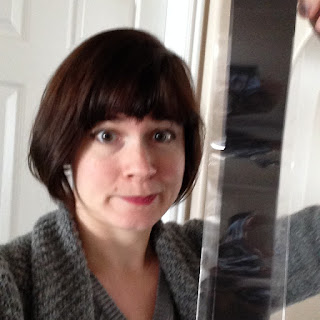 No joy! Black as night!