I’ve been drawn to the 1790s/ Regency era for a long time and have flirted with it off and on for several years. I looked up some ancestors of mine who lived in New England during this period of time and it inspired me to make an entire 1790s wardrobe. I am hoping to do it all by hand.

So far I have completed the transitional stays using a kit from Past Patterns, linen fabric, thread and wool binding. It was challenging and exciting and it took me between two and three months to complete them. 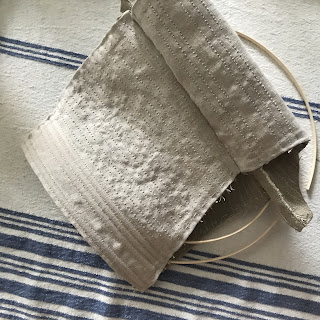 After sewing the boning channels, I began adding reed. 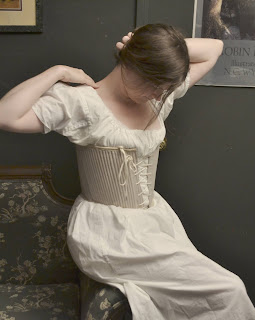 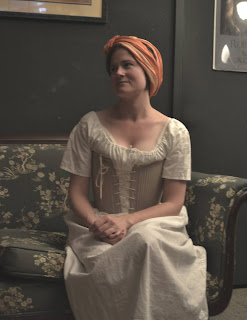 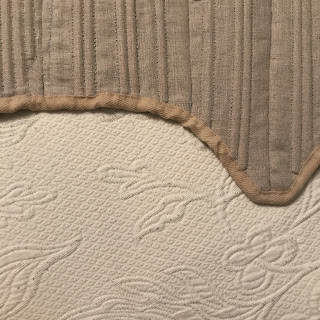 A close-up of the wool binding & the boning channels. 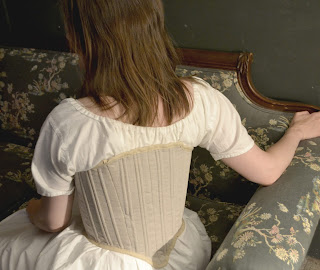 The back of the stays. 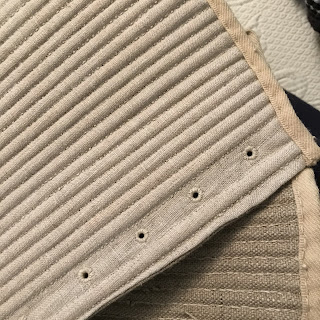 A close-up of the hand-sewn eyelets & the binding. 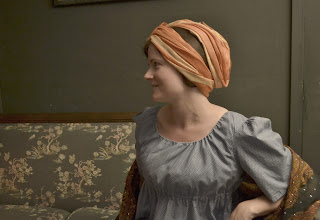 I have made some Regency-era dresses in the past, but they’re not entirely accurate. Until I have finished a dress to go with these stays, I tried on a dress my sister Heather made to see how these 1790s stays go with the Regency-era silhouette. 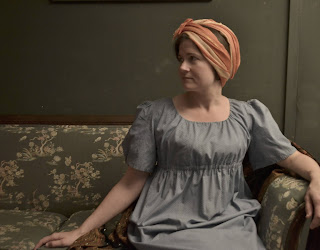